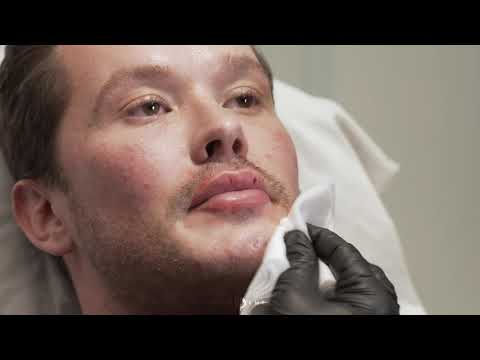 Payton already has a well define facial features such as his high cheekbones, plump lips and defined chin. However, the way Peyton maintains these features, in addition to enhancing them, is by attending annual facial sculpting sessions with Dr. Emer. As a model, he was looking for a provider who could effectively deliver subtle enhancements and sculpting without a trace. Not only was the “overdone” look potentially detrimental to his career, but it was also something that he disliked; this was a big reason why Payton chose Dr. Emer as his injector in 2016. Every year when Peyton comes in for his annual sculpting session, Dr. Emer utilizes a slow and meticulous micro-aliquot injection technique to create shadow and contour to his already pre-existing squared-off look. In addition to his vital facial features, he also gets filler in his under eyes, a common area where many young men notice signs of early aging, to revitalize that area and give him a refreshed and well-rested appearance.